I just got word tonight (via facebook, of course) that a friend of mine from high school passed away.  I haven’t actually shared spoken words with her since high school, or actually seen her since graduation, as she moved out of the area way before I did, but we caught up a few times via the internet.  She had chronic health problems since she was a child (juvenile diabetes) and was extremely brittle (that is a term that means uncontrolled with her blood sugars).  Even throughout high school she was in and out of the hospitals with blood sugar issues and complications.  I know in the past few years she had been found passed out in public and spent time in the ICU.  And I know as a nurse that diabetes, especially her type, is not kind to the body.  I’m not sure what happened this time, but I’m glad she is no longer suffering.

She used to pass out those glucose tabs (that they give to diabetics) out like candy during class.  She was the first diabetic I ever met, and through her I found out I wasn’t squeamish around needles (that helps when your future occupation requires poking people with needles).  I can still see her handwriting in my mind.  She had this really loopy handwriting,  mainly all curves.  She was smart as hell and wanted to be a biomedical engineer, but I’m guessing her health got in the way.  She went through a lot more in her life than just the diabetes, and I hope she has found peace.

This makes me think about high school, as I’m sure everyone does from time to time.  Those four years for me, weren’t so great and lasted so long in my mind.  Now four years go by in a nanosecond.

Thanks to the wonder of the internet (and Mr. Zuckerberg) I am in nearly daily or at least weekly contact with a good portion of the majority of those that shared my high school.  I have found out that at least 2 boys silently pined away for me and found the courage to tell me 10+ years after the fact (I honestly thought one hated me because he actually used racial slurs to tease me.  Turns out he didn’t know it was a racial slur when he said it in the 6th grade).  And many people act like we were best friends in high school, even though, if this were 13 years ago, they wouldn’t even look at me let alone acknowledge my existence.

I dealt with a lot of negative attention in middle and high school due to my ethnicity and the lack of others like me in that area.  I would have people come up to me and ask me “well, what are you?” and I would reply “human, what are you?” And that continued into nursing school and into my career.  Grown adults would ask me if I was Hawaiian or Samoan, or biracial (technically, yes, but not what they were thinking).  They never thought to ask if I was Latina.

Maybe that’s why I haven’t been back in three years.  I did not make my 10 year reunion, no cash, and I’m not sure I wanted to go.  I would have seen the girl that passed away last night at the reunion.  Maybe I’ll feel better about it at the 20th.  I don’t think it is me not letting go of the past, its more about me not justifying the airfare to see people who treated me poorly.

That’s a road down memory lane I was not planning on taking.  Cleansing breaths.

I hope one day I can think about that time in my life and not have painful memories.  Maybe one day.

I know my friend didn’t have such an easy time of it either.  Rest easy MB.

So I started back on the poison this past weekend.  I was feeling pretty awful toward Wednesday of last week, so I didn’t have that almost normal feeling and then that sensation of being brought down by the methotrexate on Friday. 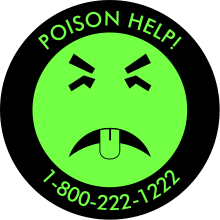 I still felt the usual side effects, concrete in my limbs, inability to freely walk around, nausea. When I feel weighted down like that I feel so frustrated.  I have the tendency to chant to myself “I hate this! I hate this! I hate this!”.  I despise asking for help to get up from a position on the couch or bed.  Or for asking my husband to help me get something to drink or a pillow or a blanket.  He is always more than happy to help, he doesn’t guilt me, doesn’t make it seem like I am asking too much or that I’m lazy, he is wonderful.  Its just that I feel helpless and dependent, and I do not like feeling that way.

So I try to plan my small trips from the bedroom to the living room as best I can, i.e. bringing what I need in one trip.  And I live in a really small apartment (800-900 sq feet).  I just don’t have the strength or dexterity to make multiple trips.  So I try and bring my favorite pillow, water cup, phone, it’s charger, Kindle (if needed, it’s charger) and any pain medication I need all in one trip.  Yeah, that works the morning after chemo.

Preparing food is fun too.  Never thought I’d be so happy to have such a small kitchen.  Not enough room to do serious damage if you can get from the stove to the sink to the fridge by barely turning around.

I do feel that I stumble around like Frankenstein.  I am slow to get up, I am slow when I do get up, and my movements lack fluidity.

I should have actually dressed up this year..Bride of Frankenstein or zombie.  No one would have noticed.

One thing I do regret in all of this is having to miss things I used to love because I can no longer do them.  One event occurred this past weekend.  My husband and I loved dressing up for Halloween and going out with the crazy masses to downtown Austin.  With the fibro alone it was iffy, but I survived (one year in heels).  This year, no way in hell.  Not with the pain, fatigue and poison coursing through my veins.  I doubt I will get to take my daughter Trick or Treating.  My parents will get that honor.  I would last half a block.

I do realize how lucky I am.  It is just when I have recently taken the methotrexate it is hard for me to see positive because I feel so awful.  I literally can’t move.  But by tomorrow or Tuesday I’ll feel much better.  And the cycle begins again next Friday.  Or Saturday as we have another wedding to go to.