As a born and bred Steeler fan, I don’t think I could let this day pass without making some derogatory statements about the Baltimore Ravens.  I think it is actually written in the membership agreement for the Steeler Nation:  thou shall make fun of Baltimore (and Cleveland, and the Bungles,and the Patriots) at all times.  (For evidence that the Steelers fans are actually a “nation” click here).

I do like Kaepernick as a QB.  His enthusiasm for the game is evident and he is a joy to watch.  That  boy is fast!!

I also have a soft spot in my heart for the 49ers, because Joe Montana is from Western Pennsylvania.  And one of my friends is a die hard 49er fan.

But if they win, the Steelers are no longer the King of Rings. They will have to share that title.  And that isn’t too fun. Perhaps it will stir something in the Steelers to actually make the playoffs next year.

And I really can’t cheer at all for Ray Lewis.  I did read the articles concerning his “incident” 13 years ago, and I’m not impressed.  It still amazes me to this day that NFL players always get preferential treatment in the justice system.  If you need more proof, check out the Steelers QB.  I still have a difficult time with that one.

The Baltimore Ravens aren’t as “exciting” as the 49ers.  Joe Flacco often chokes in big games. 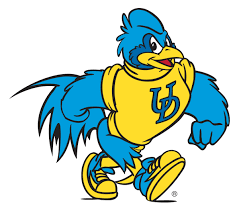 This is a “Fighting Blue Hen”

But he is a fellow UD “fighting blue hen”, so my husband is firmly on his bandwagon.

And the “Har-bowl”, if I needed a reason to puke, that happens to be it.  Both are immature and throw tantrums on the sidelines.  Out of the two of them, I dislike Jim Harbaugh more, just because of his on-field antics.  At least John Harbaugh conducts himself with a little more decorum.

And I am absolutely THRILLED that Belichik will not be making an appearance in the Superbowl.  Even though it is quite satisfying watching the Giants beat the Pats (twice).  I have no respect for that man.  I didn’t like him and his attitude BEFORE “spygate” came out.

To make things a little easier, the Penguins thrashed the Capitals today IN Washington.  That is hockey for those of you who are uninitiated.
So there is my Superbowl rant. I just may have to cheer the commercials.  GO CONSUMERISM!!!

Wow.  This week has been pretty awesome.  Taking the new med before I take  methotrexate is definitely helping things.  Leucovorin is a type of folic acid that counteracts the damage caused by the chemo.  I am thrilled that the doc put me on this one.  If I have to take cell destroying chemo to save my sight, at least the side effects can be minimized.

I worked out three times this week.  30 minutes of cardio, 20 minutes of stretching (sometimes twice a day), and some strength training for my arms.  Although I really pushed it yesterday and my arms are sore, its a “good” sore.

I have been logging my food via a health tracking app all week.  I’m doing reasonably well.  I have been eating more fruits and vegetables (even though I HATE vegetables), and I haven’t been snacking too much.  And I’m basically only drinking water at this point.

Yes, I am still having methotrexate side effects, mainly the “leaded limbs” and fatigue.  It is still difficult for me to change position, and the muscle soreness doesn’t help.  But overall I feel about 50% better than last week.  And about 100% better than the week before.

I will call that progress.

I’m actually looking at going back to work.  Not my former position, that job was hard enough when I was healthy.  It also has a high rate of burnout.  But I found a company that does biometric screenings for corporations.  I can pick and choose how and when I work.  I am not obligated to fill a certain number of hours.  This seems like an ideal place to start my reemergence into the health care field.

And Sunshine is doing better.  Right now, she is entertaining one of her friends by telling her jokes.  I love the sound of Sunshine’s laughter.  She has befriended a painfully shy little girl in our apartment complex.  I didn’t know until today that this child could speak, and she has been over to my house a number of times.  It makes me so happy to see Sunshine being a good friend.

The situation with her sperm donor hasn’t improved, and I have talked to her school counselor.  They actually have a “support group” in her school for children of divorce.  It is sad that it is even needed for children so young.

I also made an appointment for Sunshine to see a child psychologist.  I have no idea what she is going through, and even though I have my own issues with her “father”, I have can’t imagine her feelings about this situation.  I just do the best I can.  I tell her that she is loved and that it is not her fault.  She seems to understand that.

Overall, I’m doing well at this point in time.  Finally.